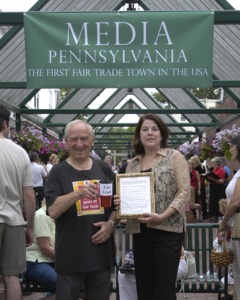 Hal Taussig and former Media Borough Councilperson Monica Simpson at the ceremony declaring Media the First Fair Trade Town in the US in June 2006.

Hal Taussig, Media resident and founder of Untours, a unique travel business, was a long time supporter of Fair Trade. It was likely his own travels that helped him see the importance of the livelihoods of the producers of the goods we consume. He traveled to Mexico to meet coffee growers, supported workers’ rights movements and ultimately created the Untours Foundation to actively support Fair Trade businesses for over two decades.

Hal dreamed the idea of Media being a Fair Trade town, and inspired the town to embrace it.

In 2006, Media met the five criteria established by the British Fairtrade Foundation to become a Fair Trade town. The criteria include:

2. A range of Fair Trade products are available locally.

4. Media coverage and events raise awareness and understanding of Fair Trade across the community.

5. A Fair Trade steering group representing different sectors is formed to co-ordinate action around the goals and develop them over the years.

Now there are 44 other declared Fair Trade towns in the US with more in progress, and over 2,000 other towns around the world!

The Fair Trade Town movement has continued to grow. Numerous schools and businesses in the Media area and around the globe actively support Fair Trade – and yours can too! 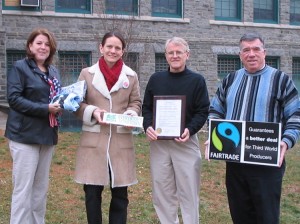 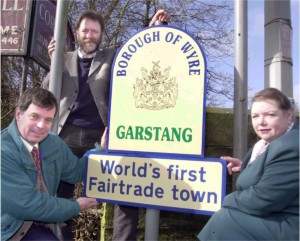 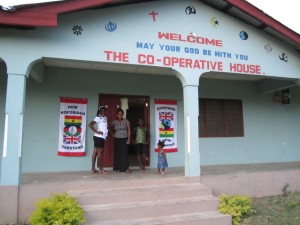 The Media Fair Trade Committee is very proud of our active “buy local – think global” Fair Trade connections and so happy to have friends around the globe who share our goals! We’re particularly grateful for our  Fair Trade Triangle – a healing relationship that counters the former slave triangle. Known as “Twin Towns” in much of Europe, Media is a “Twin Town” with Garstang, England, the World’s First Fair Trade Town. Garstang provided the spark and guidance for Media to become the First Fair Trade Town in the Americas.

Together, these three towns make up our modern Fair Trade Triangle that replaces the infamous slave trade triangle between England, Ghana, and the US. This partnership demonstrates a more positive interaction between countries that had historically participated in social and economic inequality. 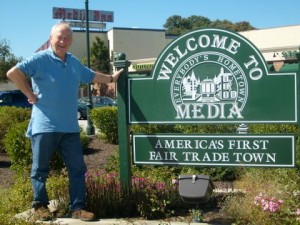